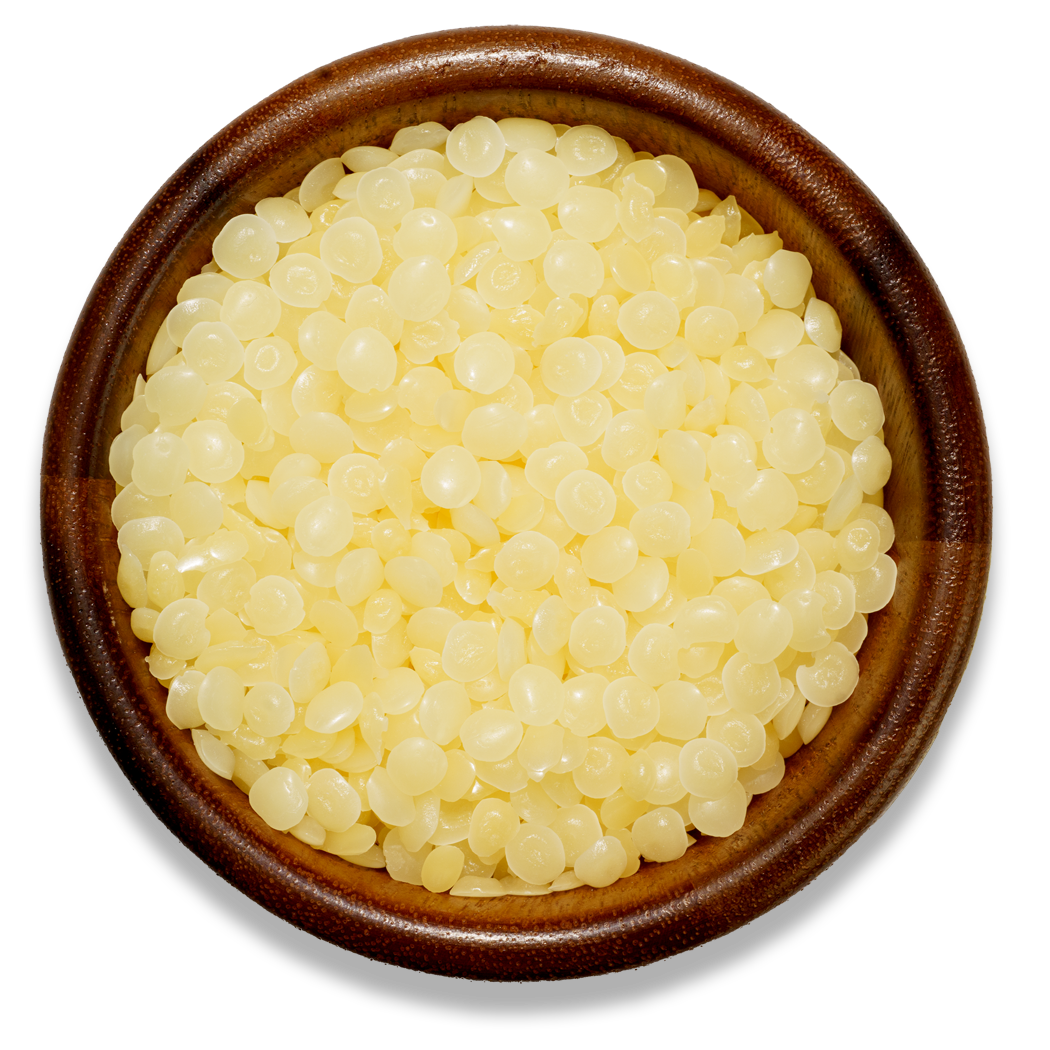 Obtained through the cold press de-waxing of rice oil and which yields a yellow, hard natural wax with a high melt point, which is often compared to Carnauba Wax. Our SP-9002 is good for providing structure and stick integrity. As well as providing hardness in a formulation.

While often compared to Carnauba Wax, due to it's high melting point, there are functional differences between the two natural waxes. Rice Bran Wax is a superior binder of oils and has been useful in combining with and stabilizing oils in both anhydrous and emulsion systems. It is seen as particularly effective in reducing syneresis in lipstick and other oil-based systems.

Globally accepted
Non-GMO
Vegan
Natural/ Naturally Derived
No animal testing
Reach: Annex V Exempt
No BSE/ TSE
no BHT and/or BHA
No Heavy Metals
No Nanomaterials
No Nutritional Content
No Microbial Content
No Residual Solvents
Does not contain palm oil
No Preservatives, including Triclosan
NO VOC (Volatile Organic Compounds)
No Food Fragrance Allergens, including gluten
No SVHCs in concentration above 0.1% according to REACH